ArtInsights Gallery of Contemporary and Film Art represents film artists and their work. Everything sold at ArtInsights is artwork by concept artists, production designers, promotional artists, background painters, and other creatives behind the films and shows you love so much. Naturally, John Alvin fits perfectly inside the heart of the gallery, and the artistry it celebrates. Since 2003, ArtInsights has represented John Alvin and his estate, selling his beautiful original and limited edition artwork to collectors around the world.

If you're looking to purchase official John Alvin art, ArtInsights is THE gallery for John Alvin work. Every piece comes with a certificate or a letter from his estate, written by his wife and partner Andrea. There are tons of treasures by John available, including:

Leslie Combemale, co-founder of ArtInsights, is not only one of the world's most knowledgeable and experienced professionals in the film art/animation art world, but she is also a close friend of the Alvin family. Leslie worked in person with John Alvin on projects, even art directing his incredible talents on several commissions. Since John's passing, Leslie has continued to represent John's estate on behalf of the Alvins. John is not only of one the most talented artists represented by Leslie at ArtInsights, but was also one of Leslie's dearest friends.

When you purchase John Alvin artwork from ArtInsights, you are not only getting a gem of film history. With every John Alvin work sold at ArtInsights, you are directly supporting John's family, as well as celebrating his legacy and importance to the history of film. If you're in the market for rare film art, ArtInsights is the perfect place to discover cinematic treasures found no where else in the world. 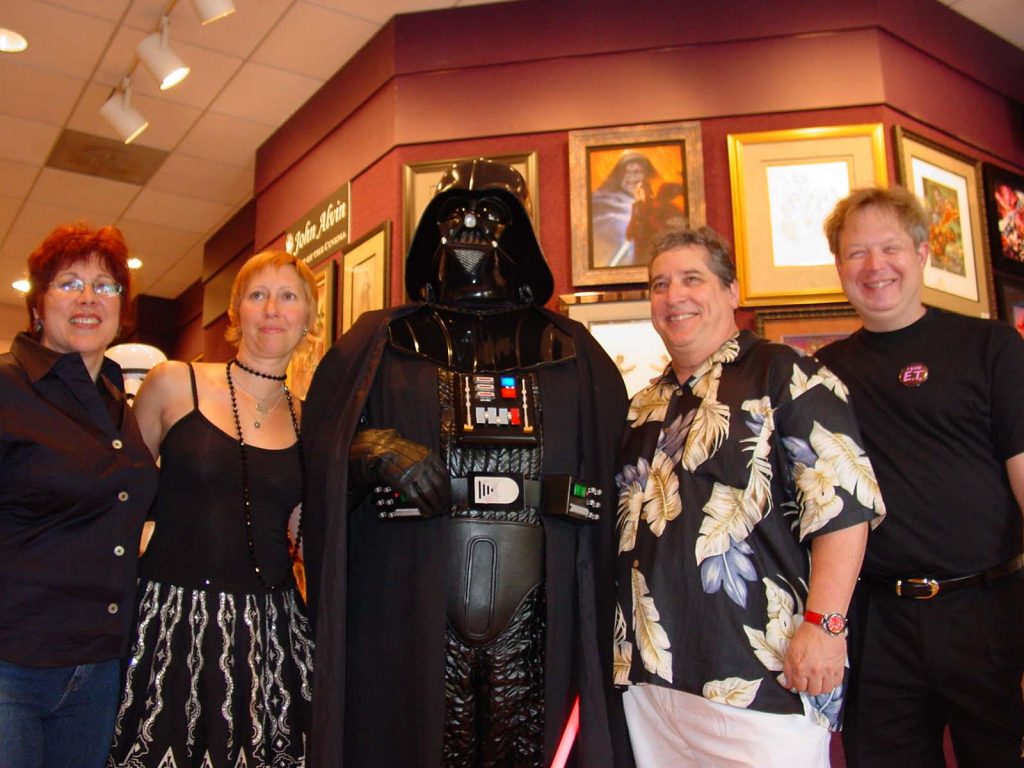