“Creating the promise of a great experience” is how John Alvin described his career as the preeminent designer and illustrator of cinema art in the entertainment industry. In a business where you are only as good as your last job, Alvin was prolific. He designed and illustrated some of the world’s most widely recognizable movie art. 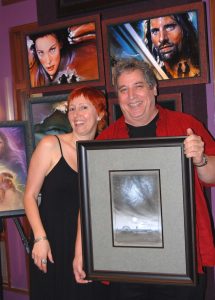 Of the more than 200 film campaigns he created, ‘E.T. : The Extra-Terrestrial’ was the most satisfying to Alvin, and appropriately so, as the movie is one of the most successful in cinema history. In addition to receiving the Hollywood Reporter Key Art Awards’ grand prize, Alvin’s E.T. was the only movie art ever to be honored with the Saturn Award from The Academy of Science Fiction, Horror and Fantasy Films. 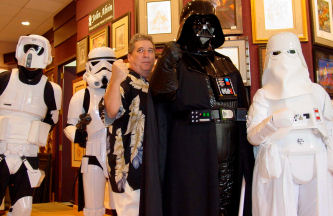 Alvin also produced many special works for Lucasfilm Ltd.’s Star Wars phenomenon. His Star Wars Concert and Star Wars Tenth Anniversary poster are among the most collectible Star Wars art in the market today. Additionally, The Smithsonian Museum in Washington D.C., exhibited Alvin’s ‘The Phantom of the Paradise’ as one of the best posters of the 20th Century. An image from his campaign for E.T. sold at auction for the record price of nearly $400k, and other of his full color originals have sold for upwards of a million dollars.

The ability to infuse art with feeling was one reason Disney wanted Alvin for The Lion King and the “adult campaigns” for many Disney animated classics. The adult campaign are usually be more elegant, more symbolic, and in Alvin’s masterful hands, imbued with a moody, almost magical aura. “His work inspires us,” said the Disney marketing execs. “Alvin brought emotion into his artwork that can only be captured in an illustration. We call it ‘Alvin-izing’.”

Alvin acquired a full array of artist’s skills and techniques as a student of the distinguished Art Center College of Design in Los Angeles. Soon thereafter, in 1974, he got his chance to put his love of entertainment art and his artist training to work by creating the campaign art for Mel Brook’s ‘Blazing Saddles’. 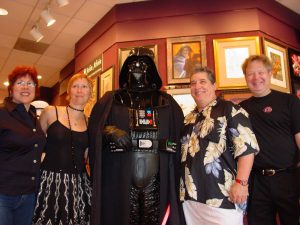 Alvin developed and maintained a very loyal following among collectors of cinema art, making his original art and signed reproductions much sought after and treasured pieces of movie memorabilia. Truly, John Alvin belongs to a very special and very short list of cinema art masters whose works have become icons in Hollywood’s rich and colorful history. At the end of his life, John had been commissioned by Disney to create interpretive images for their fine art program, and he was also chosen as both the official fine artist for the Lord of the Rings trilogy and the official poster artist for the 30th anniversary Star Wars Celebration in 2007. Alvin passed away at the top of his game, and too young, but left behind an increasing number of  admirers and collectors, who look back on his substantial body of work and celebrate the many indelible classics of cinema art he created in his lifetime. 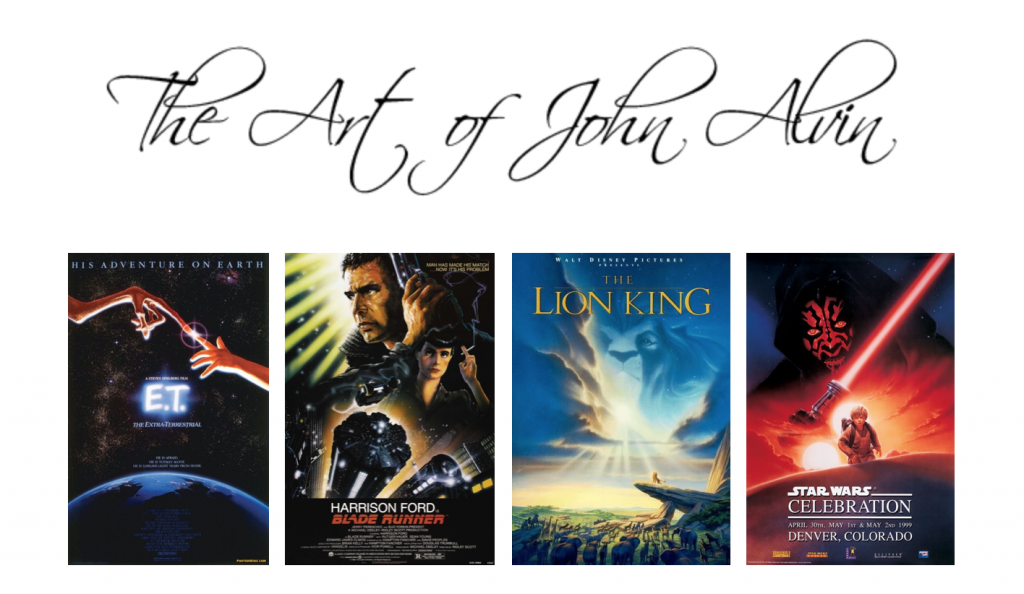